Skip to content
There is updated info on Product webpage

By default, the Raspberry Pi Zero, comes with a single micro USB port forcing you to use lots of wires and adaptors or even a traditional USB HUB (which are larger than the Pi Zero) making the entire device more bulky than previous models (B-, B+ and 2) and with lots of cables. If you want Wi-Fi in the original Raspberry Pi Zero if you want Wi-Fi you will loose the only USB available.

All these problems are solved with the USB SHOE for Raspberry Pi Zero: it adds 3 USB ports, one of them is internal and the rest are accessible from the edges. 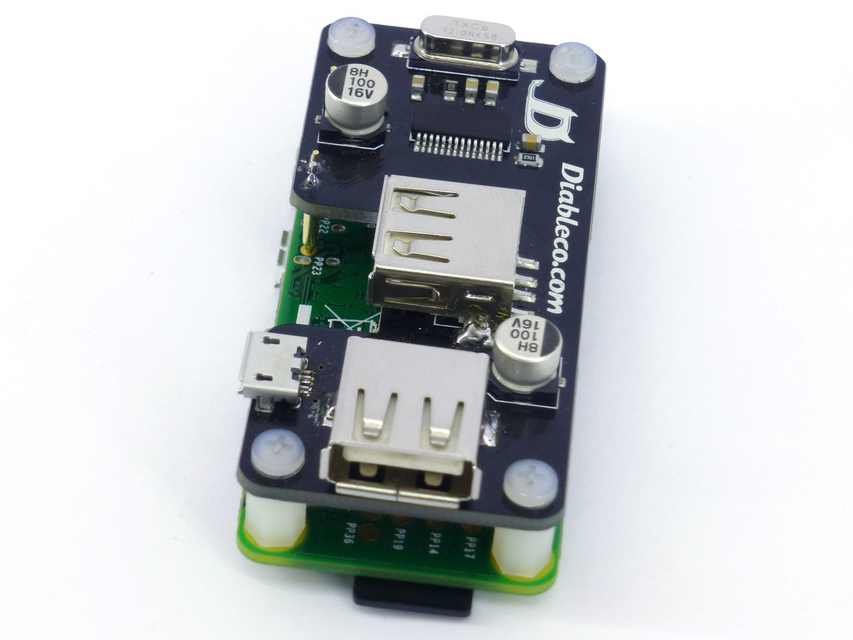 The format is designed to integrate in a housing and leaving inside the internal port: why would you want to unplug the Wi-Fi connectivity? 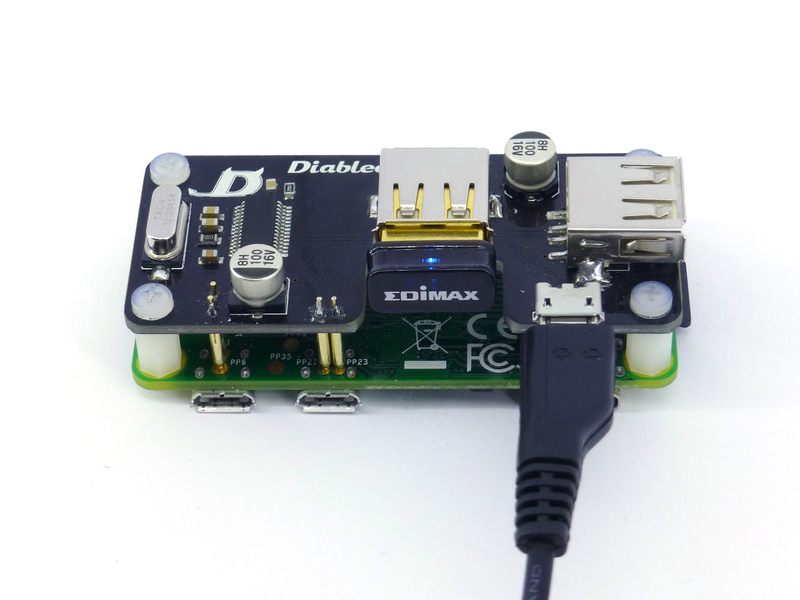 Requires no wires, no special skills and no knowledge: simply mount the spacers and screws under the Raspberry Pi Zero and it will work with the new USB ports.

What are the advantages of the USB SHOE?

Common USB devices fits in the internal port. For the inner compartment we recommend devices with a width less than 16mm (maximum of 19mm) and that overhangs less than 10mm from the USB connector border. 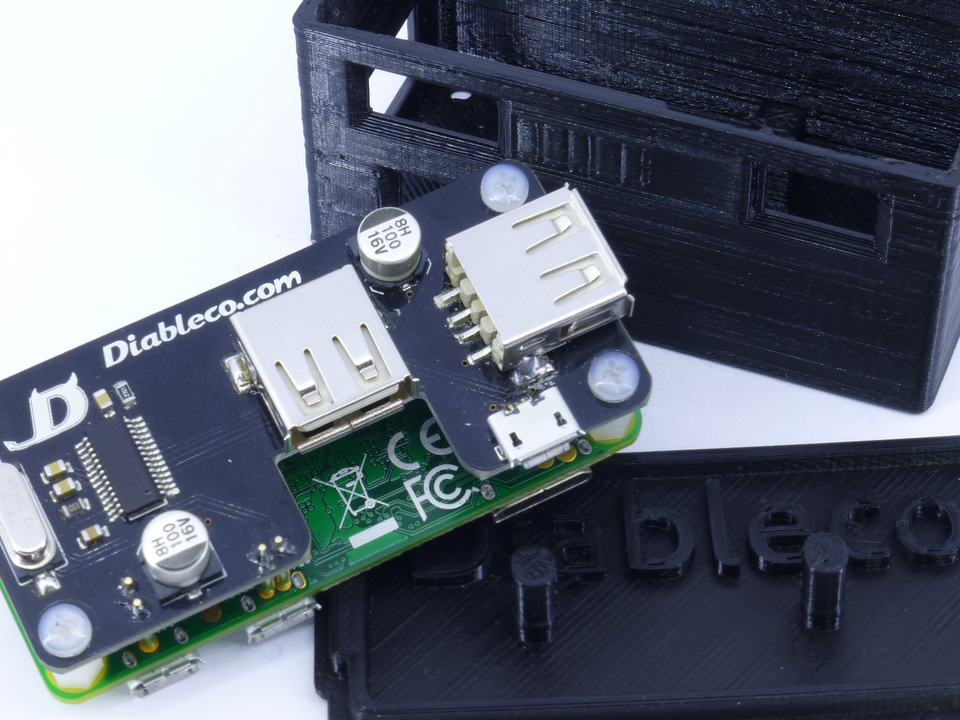 NOTE: the port named “USB” on the Zero is inoperable when the USB SHOE is connected to the Raspberry Pi Zero. It is recommended to power the entire system through the USB SHOE using the microUSB port (power using the “PWR IN” is also allowed). 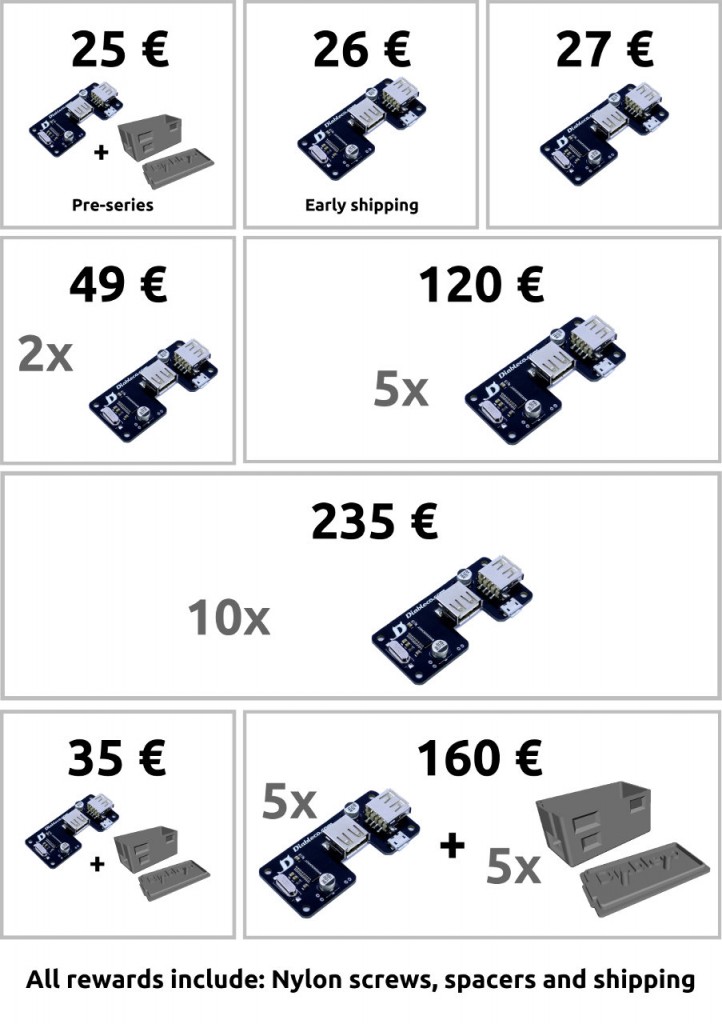 Currently we did a prototype which it is tested and works perfectly but we need your help to go one step further and we can acquire the necessary components for the small redesign to fit the industrial requirements. We will have another sample batch made before the final production run. The performance will be identical because the redesign is only cosmetic, the components will be the same. 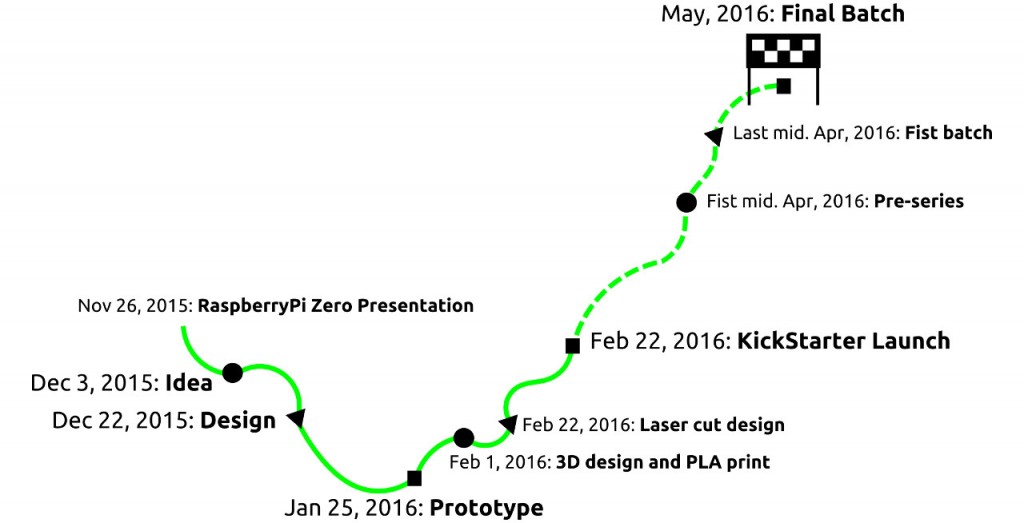 There is updated info on Product webpage

This site uses Akismet to reduce spam. Learn how your comment data is processed.